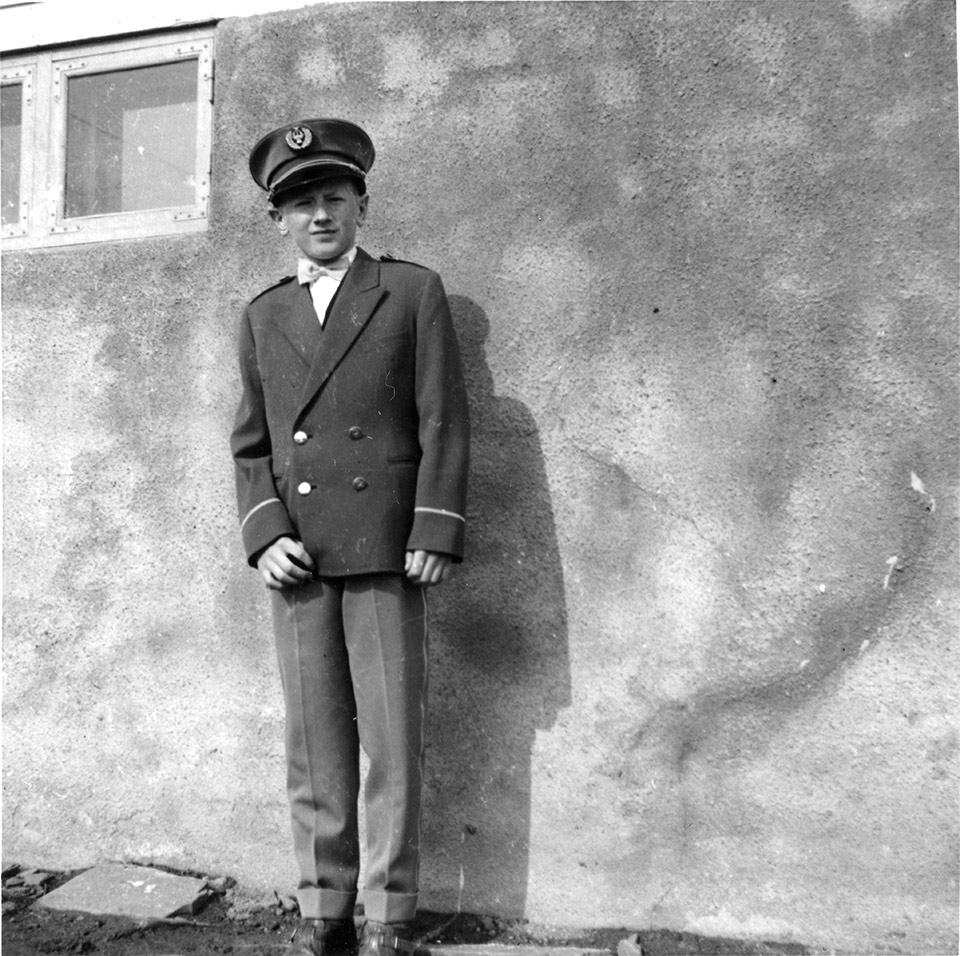 It is one hot summer afternoon at Nashville’s Fan Fair of 1984. Thousands of fans crowd beneath the stage in anticipation.

Country music legend George Jones does the introduction at the international show, "Ladies and gentlemen, all the way from Norway..." Fronting "Country Jamboree", named best European country band by CMA that very same year, OTTAR "BIG HAND" JOHANSEN starts off their opening number with just his voice and guitar; ..."Will the circle be unbroken..." Today that same song is still his signature - as well as his gentle persona, country soul and friendly smile.

Born and raised in northern Norway, he left as an 18-year old to pursue a professional career in the capitol of Oslo. It wasn’t long until he starred in his own television series, making successful records and going on the road with one of Norway’s most popular bands at the time; "Country Snakes".

home. Adapting the more rock oriented style in the fashion of artists like

became an overnight success, toured both nationally and internationally,

BIG HAND was also at that time, and still is today, very much involved in

talent scouting and producing other artists. He worked as an A&R for RCA

records, before he moved on to heading his own company, Big Hand Records

1988 found BIG HAND once again heading for Nashville. This time to record a solo album with one

of the top producers of the day, Steve Buckingham and Steve Gibson, and some of the finest

musicians Music City could produce. The result could be nothing but perfect and "Game of hearts"

(CBS) won him yet another Grammy that year. Now after four more albums (one compilation was

released in Sweden and Denmark only) and several more performances (a second shot at Fan Fair,

Wembley arena, Gilley´s Texas to name e few). He then released the compilation album "30 years on

the road/Best of Big Hand" (New Cut Records). This musical testimony, contains 21 of his favorite songs

It is said to have been many Norwegian sailors, coming back home from across the Atlantic, bringing

their brand new telecasters and Buck Owens records with them, who are mainly responsible for boosting

the popularity of country music amongst the Norwegians back in the 60´s.

One man is still carrying that torch. 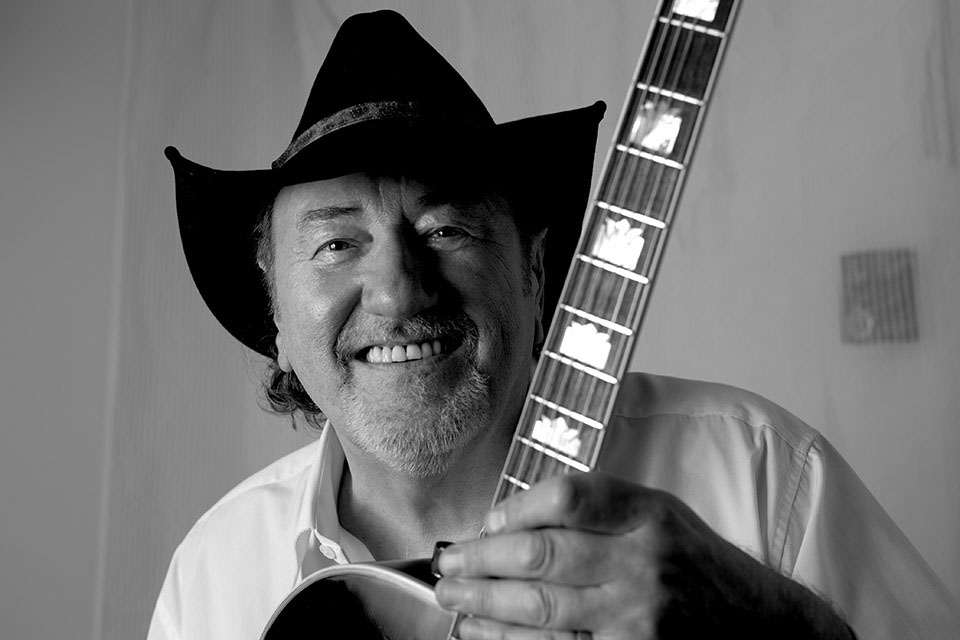 What do you do after you’ve racked up 50 years of hits, sold-out shows and major music awards? Well, if you’re Ottar “Big Hand” Johansen, you blast off toward even greater glories. And that’s what the internationally celebrated Norwegian star has done with his new album:
"Big Hand - 50 Years On The Road".

Oystein Sunde and others), the album will be released by New Cut

both Americana audiences and those who swear by more classic

country. Digital and radio singles are scheduled for May and June,

and a new music video is being readied for the rollout. Most of

The winner of two Spellemannpriser (equal to the US Grammy

solo album Game Of Hearts, Johansen has long been pivotal

in the growth and popularity of Norway’s music industry, notably through

tours with Joe Sun. In the process, he has shared the stage with such country music immortals as George Jones, Johnny Cash, Waylon Jennings and Willie Nelson.

More recently, his prominence earned him a mentorship on the

Kulturpris from the city of Oslo.

In 2015 Johansen performed at the Nidaros Blues Festival

Rockheim Pop & Rock Museum. In addition, there was an array

For Ottar “Big Hand” Johansen, the 50-year mark was a milestone, 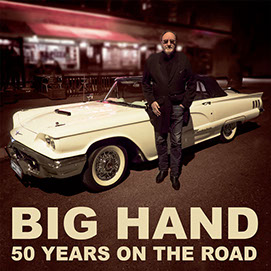 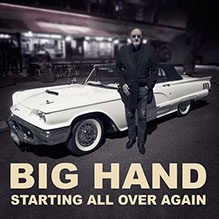 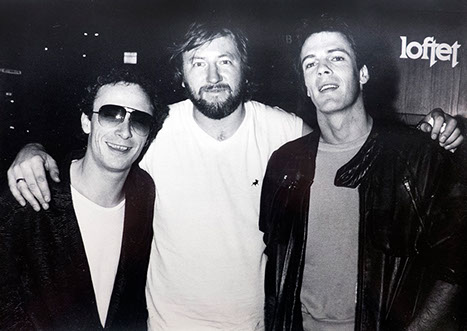 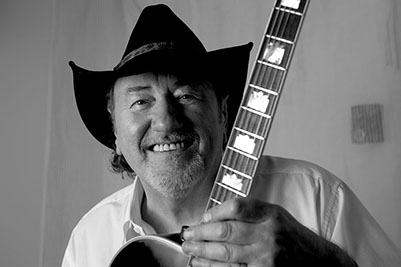 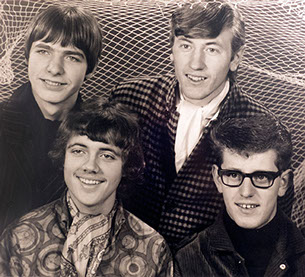 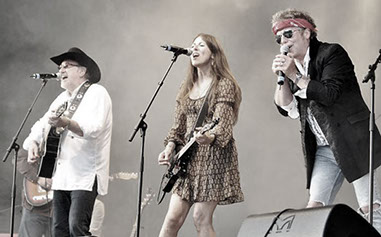 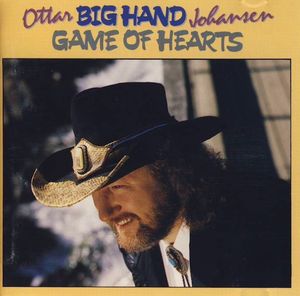